Reviews by country music critic, Robert Oermann:
Sage Keffer is the Discovery Award winner today.
Some major label should give him a contract, take the eight sides on Rules of the Game as is and give him and his most worthy co-producer Matt Rovey a bunch of money to add four more tracks. Take my word for it, this guy has a got a boatload of talent to back up his good looks.

Robert Oermann:
SAGE KEFFER/ I Said I Love You
Producer: Matt Rovey/Sage Keffer
I first encountered this guy in Kansas City when I was on the road judging for Nashville Star. I told him I’d be interested in hearing more from him. Guess what? He’s moved to Nashville and made a CD. Titled Rules of the Game, it is simply splendid, way better than most major-label products. As I remembered, he is a singer with immense heart. It turns out that he’s a heck of a song selector, too. Every track here is a little gem, but his performance on this deliciously melodic toe-tapper is especially swell. The production carries you along like a perfect wave. Also check out his ballad showcase All I Want, his reworking of the 1934 swing chestnut I’ll String Along with You and his tender cover of Neil Diamond’s Hello Again.

Robert Oermann:
SAGE KEFFER/ Bet Yo Mama
Producer: Matt Rovey & Sage Keffer;
Swampy and funky every whichaway. This former Nashville Star competitor has a CMT reality TV show with Ted Nugent in the can, is playing the criminal in Jake Owen's hit "Tell Me" video and has twice headlined shows in Europe. Will somebody do the right thing and give this guy the major-label contract he deserves?

Billy Block Show:
The next performer on Western Beat has many gifts. God has been good to this boy. He’s good looking, he’s talented, he can sing, he’s got it all goin’ on. And he’s one heck of a nice guy. I’ve known this gentleman for many years. it’s always a pleasure to have him on our show. If this guy doesn’t have all the necessary ingredients for stardom, then I don’t know anything about music. Ladies and gentlemen, please welcome back to Western Beat, Sage Keffer!

Angrycountry.com, reviewing Sage’s performance at CMA Music Festival:
Sage took to the Chevy Sports Zone stage at high noon today making those strolling by stop in their tracks to listen. I was even more impressed with Sage's command of the stage and the star who shines brighter than ever within him. Whether Sage is performing beautiful ballads to Latin influenced tunes to country rock, Sage Keffer can do it all with complete ease and a smile that will melt away your troubles. I cannot strongly enough impress upon the powers that be in Nashville how ready this young man - Sage Keffer- is to become the next big thing in country music. Pick any song off of sage's album RULES OF THE GAME and you will find a hit single... yes, he is just that good.

Jennifer Koehler; KUAD 99.1 FM, Colorado:
Few people actually have that special star quality everyone talks about. There is no need to “talk” about it where Sage Keffer is concerned; Sage’s incredible charisma strikes you the minute he steps on stage. He is an incredible entertainer and songwriter. His terrific and distinctive voice, his stage presence and his moving country songs that appeal to listeners of all ages, are sure to make him country music’s next legend.

Megan Bishop, Y100 FM, San Antonio, TX:
Sage, you may be single-handedly saving REAL country music. The CD is amazing and the live performance is memorable, to say the least. I enjoyed meeting you and watching the impression you made on everyone YOU met...you're going places!!!

Mike Montgomery, WUSQ, Virginia:
Congratulations on winning your contest {Nashville Colgate Country Showdown} down there. I must say that your demo was fantastic. I'm not surprised that you did well there. I really enjoyed your demo.

Phil Sweetland, Music Critic of Country Insider:
Sage is an extremely popular Nashville veteran who looks like a movie star and has an energetic stage presence. Songs like "Sometimes I Have The Strangest Dreams" and "727 Magnolia Avenue" showed that Sage, who is originally from Colorado, has both Dan Fogelberg and Roy Orbison influences.

Q Hunter, WCUP 105.7 FM, Michigan:
When I think of real country music, I can’t think of anything more country, more roots than a guy, his guitar and a great song to sing and I found that in Sage Keffer’s song, “All I Want”.

Mary Duvall of country music website, DLM Media Group, Inc:
You have managed to do something no one else has been able to do in 9 months - kick Keith Urban out of my CD player! Since Keith's latest album came out, it has been firmly ensconced in my CD player in my car. Well, that is going to change. You have my new favorite album!

-Headlined concerts in Sweden and France, July and August, 2013
-This last June of 2013, was Sage’s 7th year having his own booth at CMA Music Festival
-10 year performer in world re-known songwriter festival, Tin Pan South
-Winner of “Runnin’ Wild From Ted Nugent”, which aired on CMT twice (It was like “Survivor, except Ted Nugent hunted the contestants!)
-Headlined in Bern, Switzerland, SOLD OUT
-Headlined in Terrassa, Spain
-Portrayed the “Criminal” in Jake Owen’s music video, “Tell Me”
-National finalist on TV show, “Nashville Star”, Season 1, 2 and 4 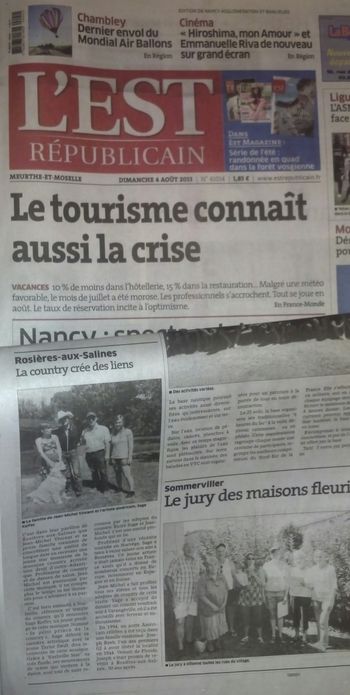 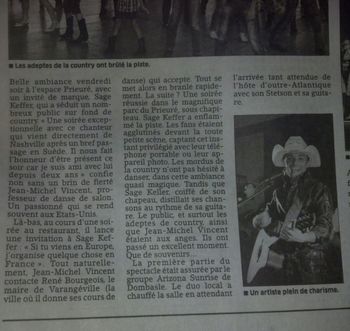 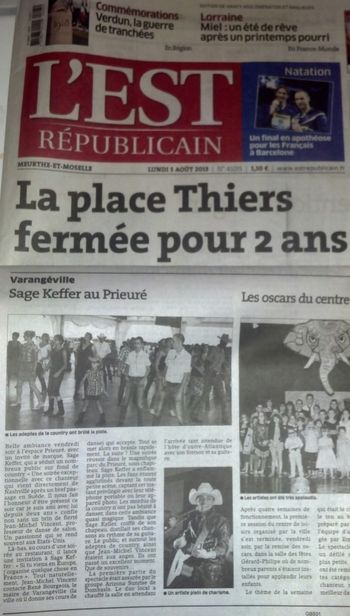 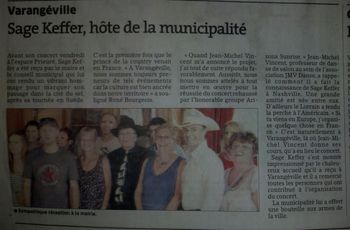 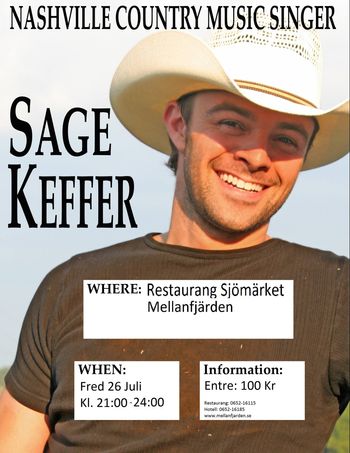 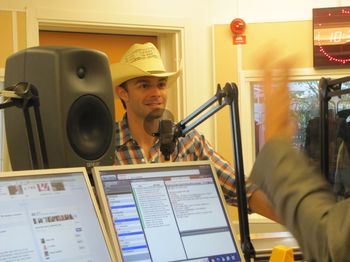 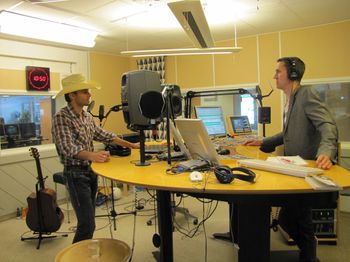